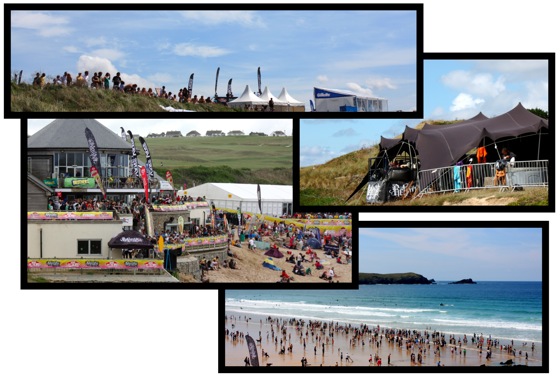 Each August the Cornish town of Newquay turns into party central with the arrival of the Relentless Boardmasters. Professional surfers, skaters and bmxers travel from around the world to compete in the event, and they are joined by masses of festival and surf fans. 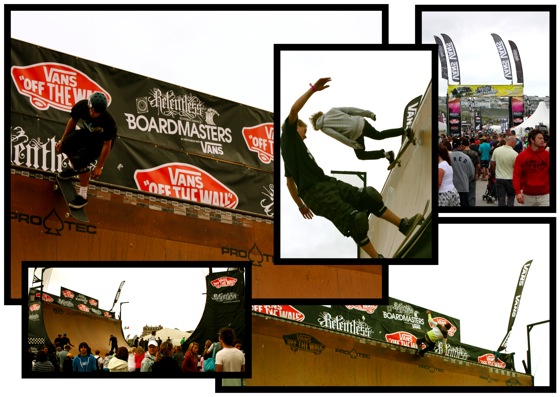 From 4th-8th August Newquay played host to one of the most important surf contests in the UK.  Rated a 5* event, the points and prize money picked up by surfers competing help them on their quest to gain entry to the ASP's world championship race.
Marc Lacomare from Hossegor, France took the title defeating Jay Quinn from New Zealand in an extremely close final.   Lacomare managed to pick up a last minute 8.2 ride out of a possible 10, creating a combination score of 14.73 to best his rival Quinn who was only just beaten with a score of 14.50 points.  The Frenchman's win propels him up into 1st place in the ASP's European ratings. 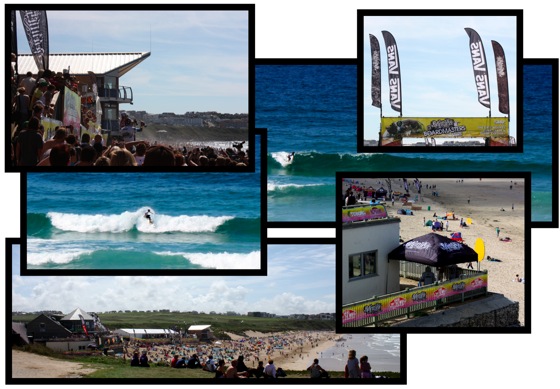 The final, which was held in a small but sunlight swell attracted a huge crowd on the Sunday, and helped to promote surfing's popularity in the UK.  During the week the crowd really got behind British semi-finalist Russel Winter, and up and coming Brit Reubyn Ash.
The Boardmasters has been run for 5 years now and was formally sponsored by Rip Curl.  However, the recent change of sponsor has done nothing but improve on the festival scene of the event.  Ticket holders had the choice of chilling at the evening music sessions at Fistral Beach, or partying at the main festival site at Watergate Bay.  Headlining this year were Newton Faulkner, Xavier Rudd, Plan B, Leftfield, and Chase & Status. 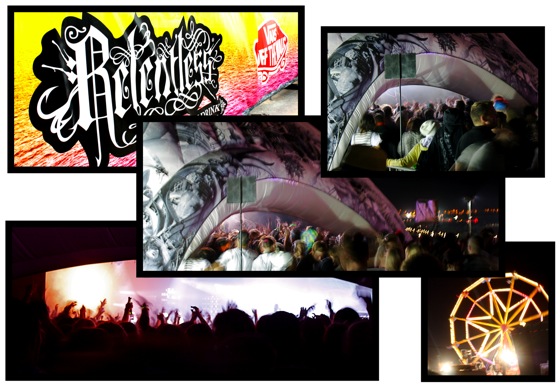 To get all the results and to check out what you've missed, take a look at the main website, and start planning for next year... www.relentlessboardmasters.com