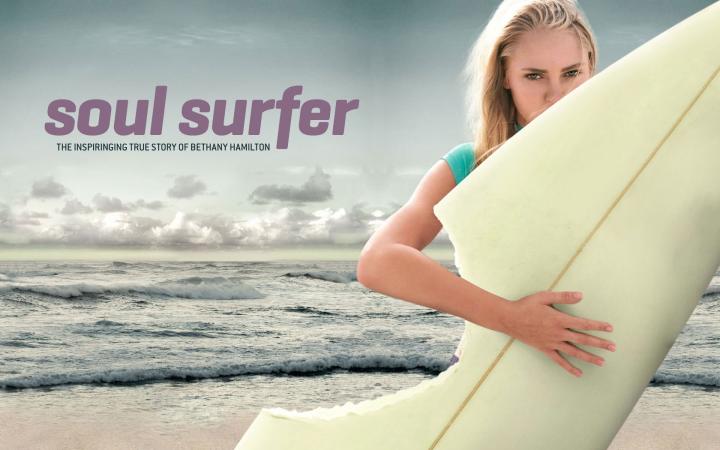 Imagine floating on your surfboard, paddling towards large breaking waves, duckdiving, surfacing, positioning yourself for take-off, paddling really quickly, and then pushing yourself up for that great ride.  It is hard work, but totally rewarding. Now imagine that you only have one arm... how hard does that all become?  Or would you think that it was impossible?
Many people may of heard that there is a girl who surfs the international tour with only one arm, but few may know how it all came about.  The incredible story of Bethany Hamilton has been well documented over the years.  However, this month it’s going to go global as Hollywood releases its new movie about what happened to Bethany, starring AnnaSophia Robb, Helen Hunt and Dennis Quaid. 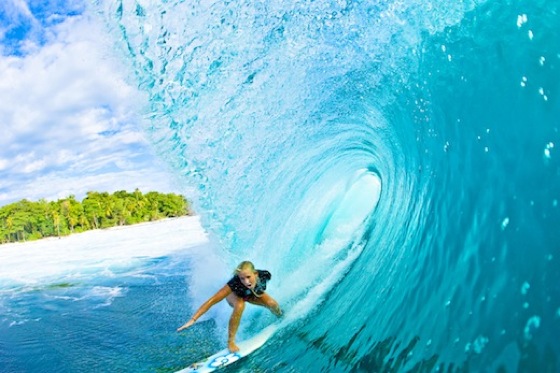 Early morning on 31st October 2003 Bethany was surfing with her father and brother out in her home waters of Hawaii.  It was then that a 13ft tiger shark appeared and bit off her left arm.  It was a miracle that she survived, as she lost more than 60% of her blood and had to undergo extensive surgery. However, Bethany’s story is about the shark attack.  It’s about how she overcame what could have not only ended her life, but her way of life.
Within a month of the attack, she was back in the water, working out how to surf again.  With a few adaptions she was doing brilliantly and was even competing in a Open Women’s contest 2 months later... and that was only the beginning.  She has gone even further and continues to surf even today.
For more details about the film check out the official site at www.soulsurferthemovie.com