Francesca Bingley
Sometimes when you hear surfers talk about their favourite breaks it can sound like gibberish.  They use all sorts of strange words and sounds to describe what their wave was like and how good it felt to surf it.  ‘The point', ‘the reef' or ‘the break' are used all the time, but often without any explanation for a newbie surfer.  So here's a quick break down of what each surf break means: 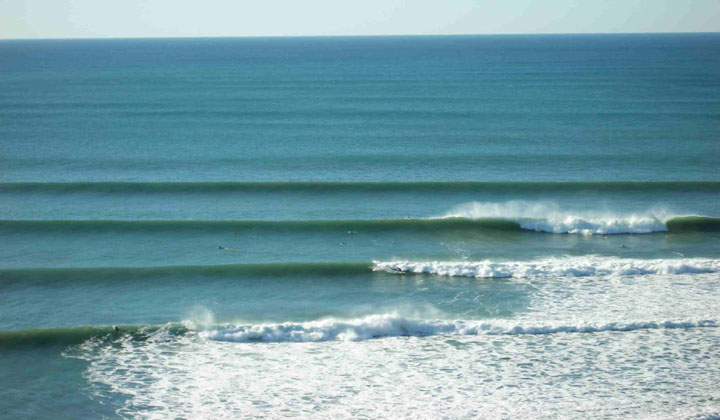 Along with being a legendary 90s Keanu Reeves and Patrick Swayze film, a point break is where swell wraps around a cliff, rock or reef formation creating staggered (usually long) waves that are generally very consistent.  Perfect examples of this would be Jeffreys Bay, South Africa, Raglan, New Zealand, and our very own Riberia D'Ilhas in Ericeria, Portugal. As point breaks are created by large land or reef formations, they tend to create some of the most consistent waves as you know when and where a wave is going to form and start breaking. 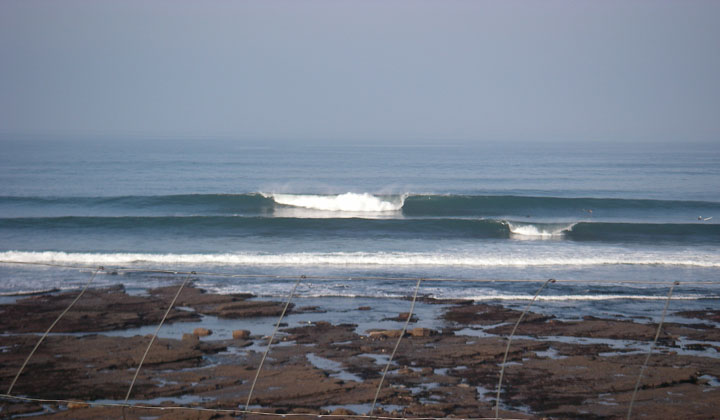 No one knows how many there are of these in the world as the changing of a tide or season creates and destroys whether a reef break works.  The expression ‘reef break' covers both an actual coral reef that causes a wave to be forced up out of the ocean, as well as rock bottom breaks.  Along with being incredibly beautiful, reef breaks create clean, normally nicely shaped waves, and will be consistently the same formation depending on the swell direction.
Reef breaks can be incredibly dangerous if big sets are coming through, if the tide is low, as the breaking wave can break on only a foot of water, or even dry reef.  However, reef breaks can also be the safest of breaks as the majority of them will have a ‘channel' or ‘shoulder' where you would paddle out to the line up, or can sit when a bigger wave comes through. The channel is where the ocean floor is deeper than the reef or rocks below, so there is nothing to force the wave up.  A homegrown example of a reef break would be the Peak at Bundoran, whereas for more tropical reef breaks, think of Hawaii's Pipeline or Tahiti's Teahupoo. 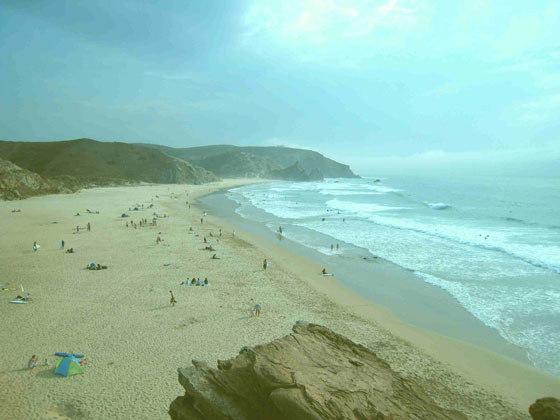 It sounds like a cheesy name for a holiday, but beach breaks are one of the best breaks to learn to surf in.  The waves found at a beach break are created by the sand of the beach on the ocean floor, so even if you touch the seabed, the sand is soft (unlike sharp reef or rock).  Beach breaks are changeable with the tides and seasons just like reef breaks, so depending on the season some spots will work, whereas others may have disappeared only to come back the next season. The changing waves are formed as the sand shifts around, so new peaks and waves can form all the time.
One of the best things about beach breaks is that there is very little paddling to the wave needed.  Whereas with reef or point breaks, where often you have to paddle for a while to reach the break, beach breaks are usually breaking onto the beach.  So within a few strokes your there, and then again, and again... so your wave tally can go through the roof.  A prime example of a beach break would be Armado in Lagos, Portugal, or La Graviere in Hossegor, France.