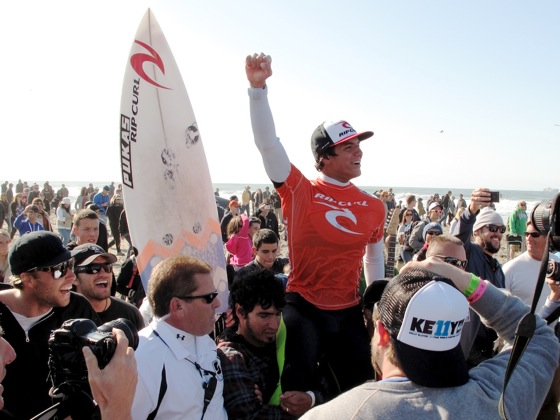 Gabriel Medina has done it again... won his second ASP world tour event at the Rip Curl Pro Somewhere in San Francisco.
Whilst we were all daydreaming of surf holidays abroad and being jealous of those at the Rip Curl event, there was more than enough entertainment to be had.  What with the headlines about living legend Kelly Slater and his multiple world title crownings, and Medina's domination, we were in for a roller coaster contest.
The Rip Curl Pro event started off in peak conditions over at Ocean Beach San Francisco for its ‘the search contest'.  The colder waters and punchy waves were bound to be popular with the surfers, but none more so than the new school, such as Brazilian Medina, compatriot Alejo Muniz and Australian Julian Wilson.  The Pacific waves resembled skate ramps, so it was inevitable that those who could do aerial maneuvers would lead the pack.
During the Quiksilver Pro France it was Medina who proved that he was already a master of contest aerials at the young age of 17.  The Rip Curl Pro Search was no exception to Medina's rule, as the Brazilian took out Kelly Slater, Taylor Knox and Joel Parkinson en route to claiming his second title of the year.  Slater tipped Medina as the next big thing when Medina won the Quiksilver Pro, and it seems that he is living up to expectations with his win of 16.50 points to Joel Parkinson's 10.90 wave total. 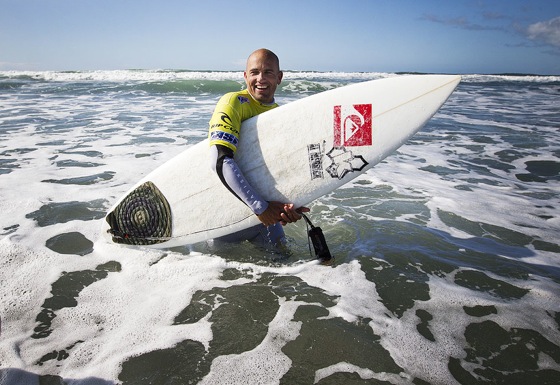 The other big story of the event was the double crowning of Slater for the 2011 world championship title.  Initially everyone celebrated the incredible eleventh world title win on Nov 2nd, fittingly on the anniversary of Andy Irons' passing.  However, rather embarrassingly the ASP had to admit that they had crowned Slater early as they had miscalculated, and that Australian Owen Wilson still had a shot at the title.  Even better to the story was that it was Slater who pointed this out.
However, in spite of the mistaken crowning, Slater went on to be correctly crowned on Sunday 6th November when he won his round 4 heat, before bowing out to Medina in the quarter finals.
So here's how the top 10 surfers in the world look like after the Rip Curl Pro Search:
Our European surfers Jeremy Flores (FRA) and Tiago Pires (PRT) are sitting at 12th and 22nd going into the final event of the year at the Billabong Pro Pipe Masters.  So now it is all about re-qualifying for the world tour next year.  Surfers need to finish within the top 34 in the world rankings to guarantee themselves a place on 2012's dreamtour.  The stakes are high even before Pipeline starts going off.
The Pipe Masters is set to run from 8th to 20th December, check out the details a vanstriplecrownofsurfing.com. In the meantime, for everyone who missed the finals day at the Rip Curl Pro Somewhere contest, here's the montage sequence...