We sat down with Toby Millage, one of the owners of the longest running surf house in Portugal -The Surf Experience Lagos. 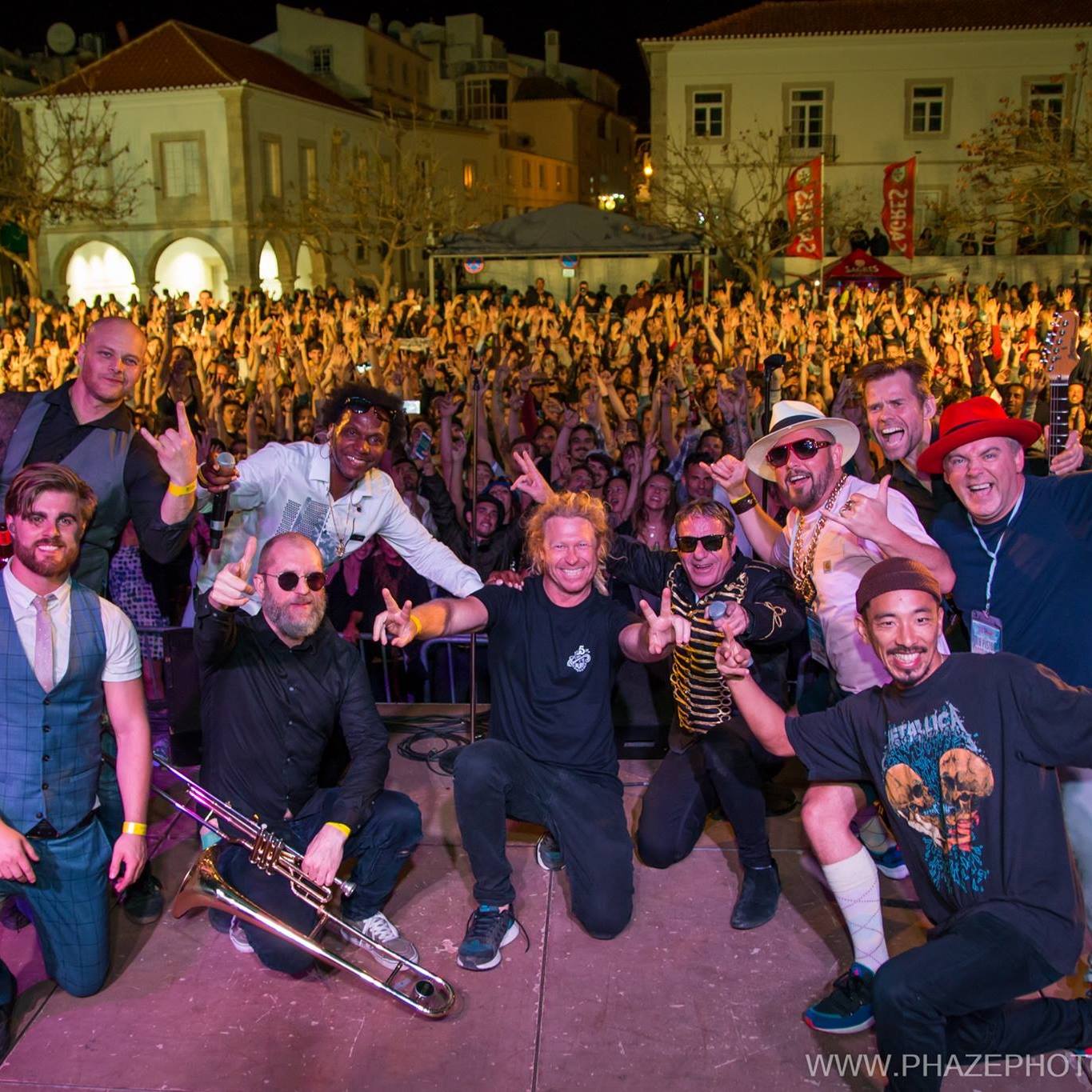 Toby, in the centre, with his thousands of adoring fans behind him!

1. This year is your 25th year anniversary, what inspired you to set up back in 1992?
We used to buy 2nd hand boards in the UK and bring them down to the Algarve to sell. Incredibly you could not buy a surfboard there! This would allow us to surf for the summer and party!! In 1992 someone actually ordered around 7 or so boards and on arrival he changed his mind. We went out drinking, all pissed off thinking  "what the hell are we gonna do with these things??!!  Little Ozzie Tony popped up and "why don´t you take people surfing and give them some lunch??" The Surf Experience was born!! Black and white posters in the bars that summer was probably the most effective advertising we ever did to date. 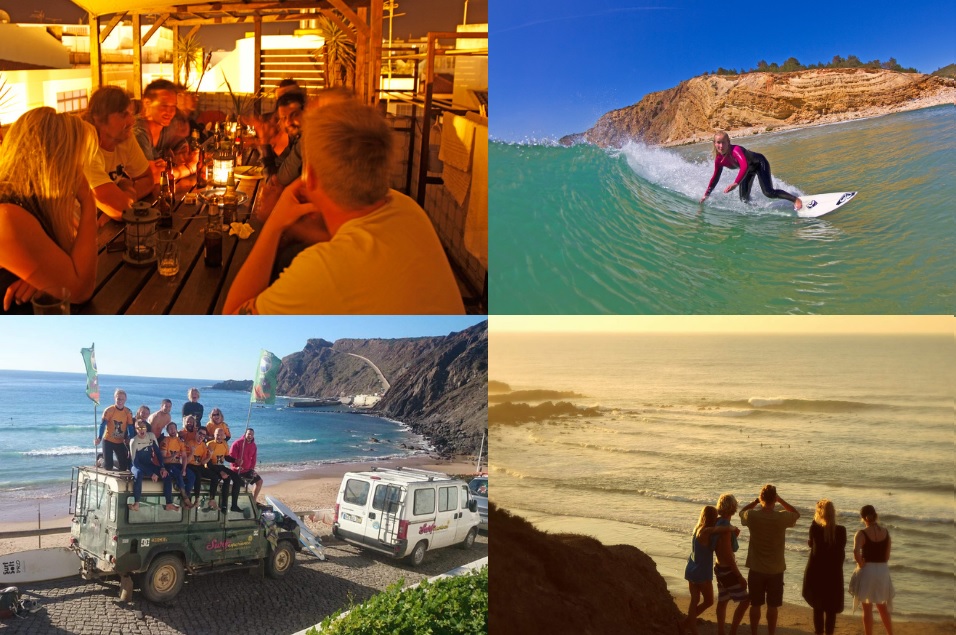 A day in the life with The Surf Experience Lagos
2.  If you had to listen to a 1992 song now what would it be: Achy Breaky Heart, KLF’s Justified & Ancient or Under the Bridge?
Music was - and still is - a massive part of the Surf Experience Lagos. Our sound systems were about 3 times the worth of our cars!! In 1992 was all about the Red Hot Chilli Peppers, Pearl Jam, Stone Temples pilots, Public Enemy & Nirvana. I was the art college one so I suppose you could add KLF and Prodigy for me. Amazingly I now DJ for the Prodigy from time to time. Small world isn´t it !!

3. Do you have anniversary movie nights where you watch 1992 films like Wayne’s World & Basic Instinct?
Point Break wore out about 10 times as a VHS but regular favourites were Happy Gilmore & Kingpin. On the movie theme, I worked at a film company called Black Diamond over the early years in winters to make money whereby I would distribute all Extreme Sport movies and get involved in soundtracks & stock footage - my claim to fame here was getting the rights from Warner Bros for Big Wednesday to distribute in the UK. We all worked the early years between October to Feb in London to get cash for new vehicles. I did film by day and made sandwiches by night, Toby G and Tone the Bone sold the sandwiches in the day on bikes and worked bars at night !! 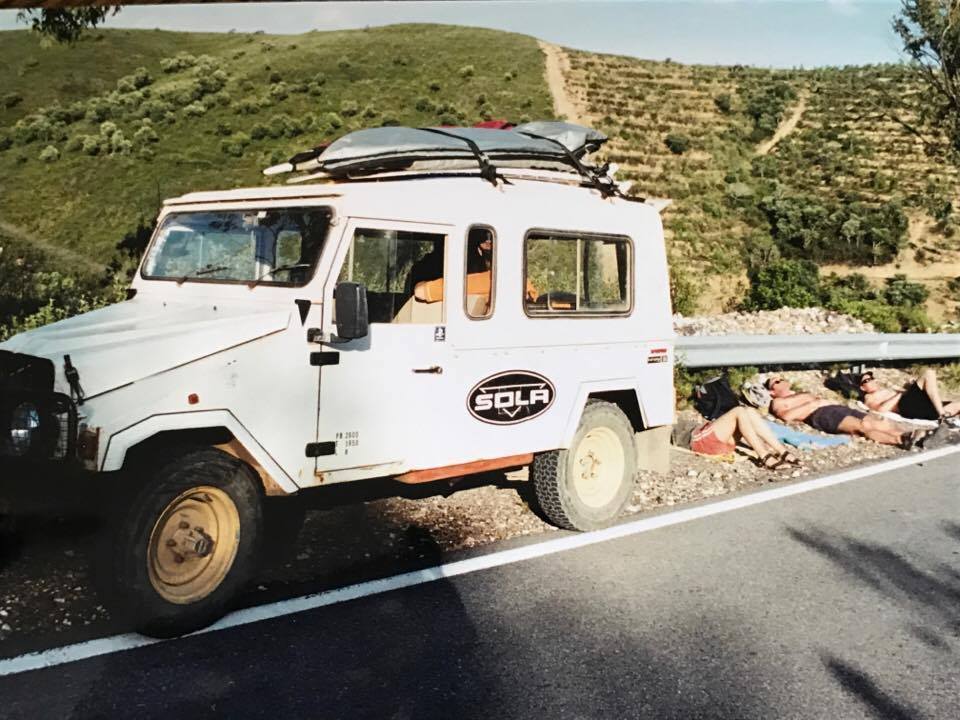 The original Surf Experience surf van in 1992
4. Why did you choose Lagos or did it choose you?
My mum met a dude and told me we are going on a 2 week holiday 37 years ago.
Getting barrelled on Portugal's South West Coast
5. How did you guys first get into surfing?
Although originally born and bred in Devon it was Portugal where I discovered the sea and anything that floated - surf jets, windsurfing, polystyrene one-fin surfboards or bodyboards. Eventually I got my mitts on an actually surfboard !!!

6. What character in Star Wars would you be?
I do a great imitation of Salacious B Crumb. Jabba's freak on a leash !!

7. Favourite Surf Spot in Europe and why?
It´s always home but if I had to choose another spot it would be Bidart in France. I always stopped there - both on the way to Portugal and back. Good memories! 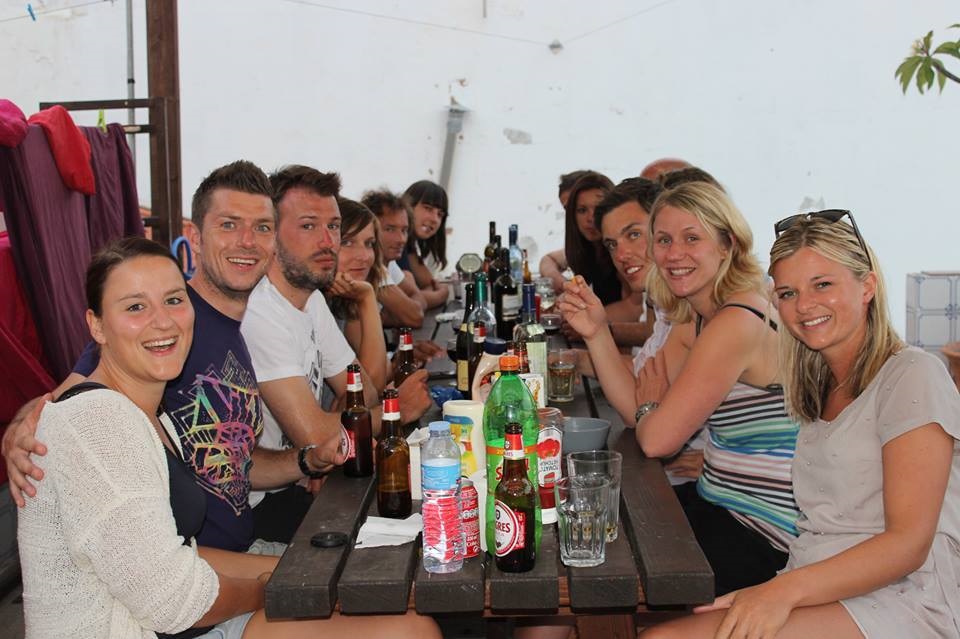 Dinner on the rooftop of The Surf Experience Lagos
8. If you could have one wave to yourself for a day, in peak conditions, where would it be?
Probably the wave in Namibia but going right. Insane!

9. Can you tell us a story from over the years that has happened at the Surf Experience Lagos that is funny but not too shocking that it will stop new guests from staying!
This is very hard. We have too many X rated stories from the early years. I will dedicate this bit thought to Ratty the surf dog, who you will see on all our advertising. He hated being in cars, hated any water but loved being part of the Surf Experience Lagos team. He once fought a gnarly Staffy fight dog on behalf of the guests ( he was a lancashire healer - a tiny dog !! ) - it had Ratty´s head in his mouth and with the pressure his eye ball popped out of it´s socket - we raced to the vets and they put it back in the wrong position whereby he looked like the mutt version of Marty Feldman!! I asked for a fake eye and they kicked me out for being too vain!! Luckily it faded to black and all the bitches dug him again. RIP Ratty. Part of the charity money raised for our 25th birthday festival went to animal protection. 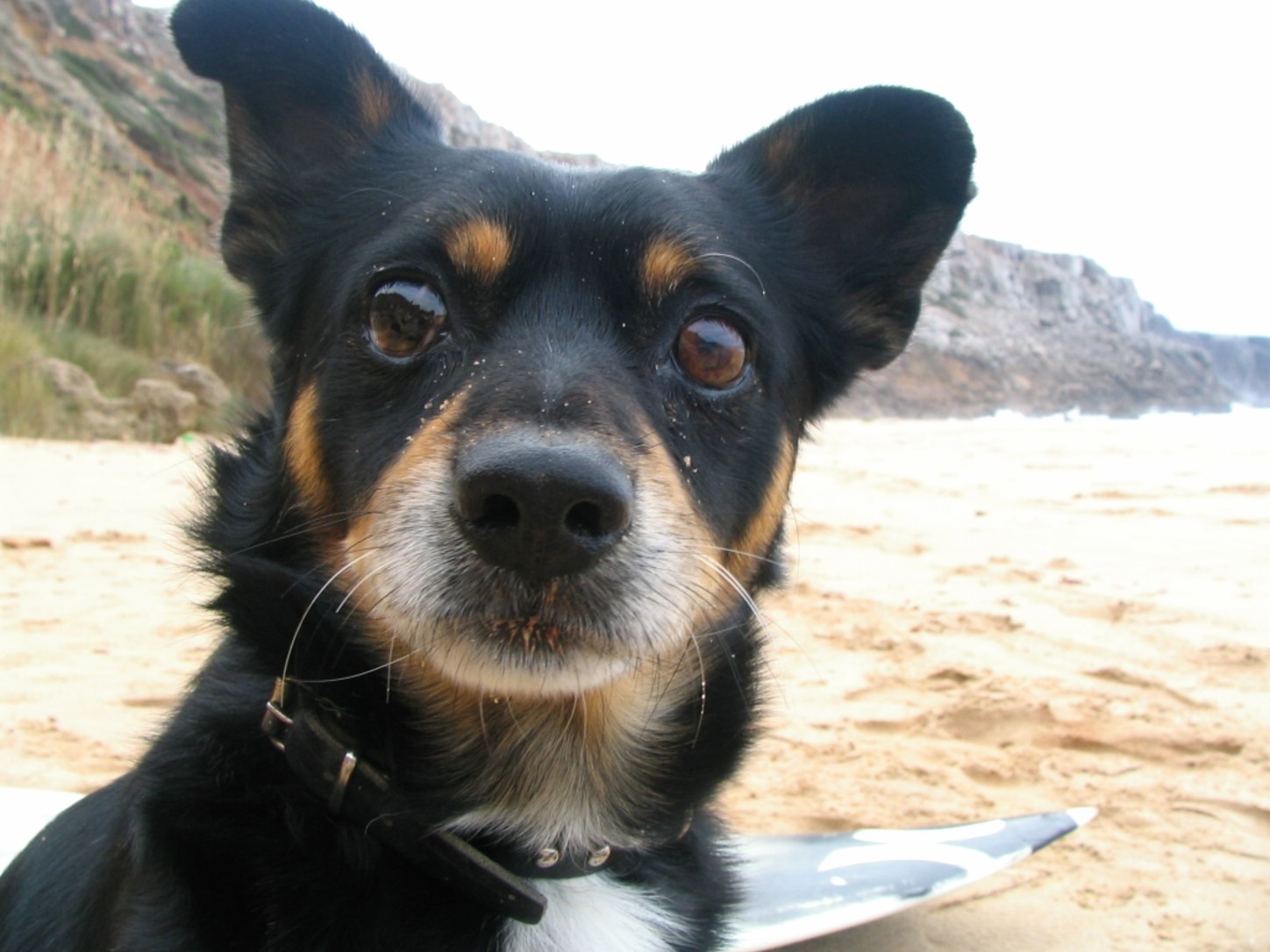 R.I.P. Ratty
10. Who would win a fight between John John or Medina?
JJ hands down!