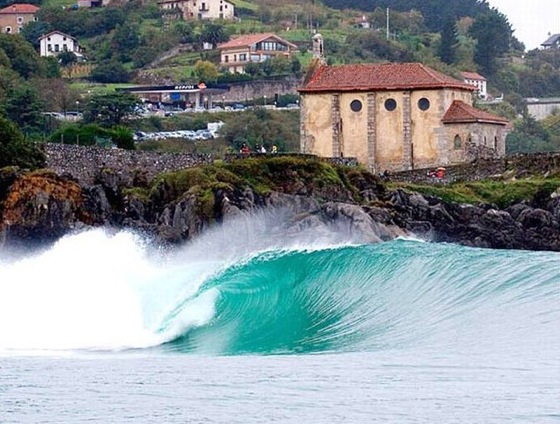 The Basque Region of Spain has some of the best waves in Europe and it is no secret that Mundaka is one of them. Just off the coast from the small town of Mundaka lies one of the craziest lefthander barreling waves in the world and is close to many of the accommodation spots we have for surfing in Spain. 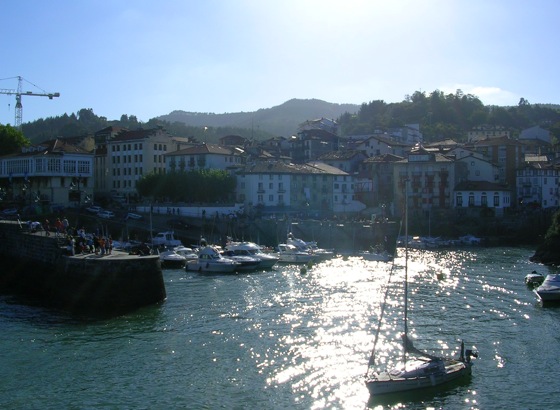 Over the past 10 years Mundaka's heavy wave has tested some of the world's best surfers in its tubes.  Since 2000 Billabong have annually held the Billabong Pro Mundaka contest, crowning the likes of Bobby Martinez, Andy Irons, Kelly Slater and last year's winner Adriano de Souza amongst others.  However, Mundaka doesn't like to be tamed or tampered with it seems.
The gnarly beast of a wave has attracted surfers to the provincial spot since the 80s when Aussie surfer Craig Sage stumbled across the wave.  Whilst Sage stayed put and set up his own surf shop in the town, countless surfers have passed through looking for the barrel of their life.  For years Mundaka's picture perfect left hand tubes represented the growing euro force of the up and coming European riders especially as it was often their training ground. 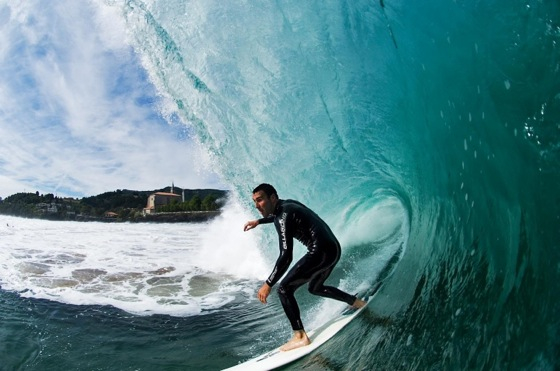 Yet in spite of Mundaka's reputation of being one of the best left hand waves on the planet, the ASP has pulled the October competition from 2010's world tour.  Back in the winter of 04'/05' Mundaka had something of a hiccup.  The wave disappeared. To say this made a few somewhat concerned would be an understatement.  It seemed that a mixture of local dredging of a nearby shipping channel, and the lack of Atlantic winter storms from the Bay of Biscay, had combined to all but wipe out Mundaka's wave.
All was not lost though.  After a year's absence when the world tour cancelled its usual spot at Mundaka, the wave miraculously returned.  Game on... or so we all thought.  Fast forward 4 years later and 2009's event was in motion. Adriano de Souza was crowned the event champion, and ceremoniously thrown into the towns quay, but the waves were deemed to be a disappointment.  They had been too small and not what was expected by the pros. 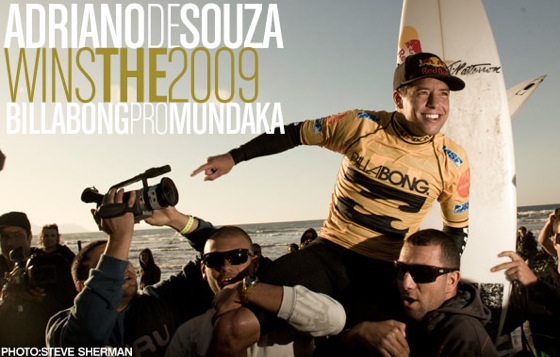 Then Peniche, Portugal was discovered- and swiftly the ASPs tour has switched its attention and its second European event of 2010 to Peniche, leaving Mundaka out in the cold.  However, whilst we may all think that it is harsh to leave Mundaka out of the world line up, the wave still gets the last laugh.  At any moment during the winter season it fires up... leaving surfers and spectators mesmerized by its curling walls of water stacked to the horizon.
It seems that no one can tame this beast.
To visit Mundaka:
Fly to either Bilbao or Santander in Spain, or Biarritz in France, and then either drive or take the bus to the town centre.
Tune in at 48secs to get a glimpse of how amazing this wave really is...