Guide to the Pipeline Masters

Francesca Bingley
It’s getting close to the wire for the best surfers in the world at the Billabong Pipeline Masters 2014.  With only 3 days to go in the 13 day window for the end of year event, what happens in the next few days will decide the Pipeline master and the world championship title.  x11 world champion Kelly Slater, x3 world champion Mick Fanning, and potential winner Gabriel Medina are still in the race for the title, so get ready for some incredible surfing in the next day or so…

It’s all about what happens in round 3.  Medina and Fanning managed to bypass round 2 with their winning performances in round 1, however Slater had to fight his way through rounds 1 and 2 to retain his chance in round 3, and if anyone knows why Slater is a x11 world championship title winner-it’s because he never gives up.
The scenarios go that if both Medina and Fanning progress to round 4, then Slater will have lost his chance at the world title… However, if Medina loses, then Fanning and Slater will have to battle for the crown.  The quick fire alternative option would be if Medina wins round 3, and Fanning loses, Medina will win the world title instantly. 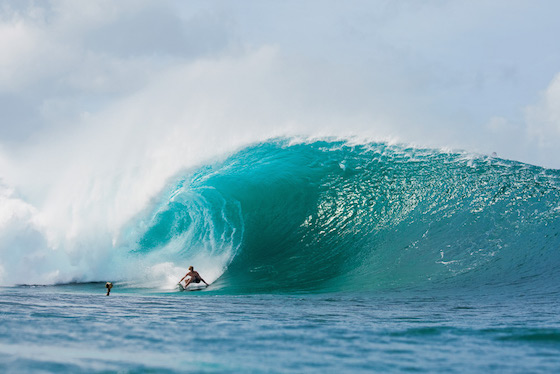 Aside from the world championship potentially being decided in the next round, there lies the massive pinnacle of winning the Pipeline Masters.  The last Hawaiian to win the title was the late and legendary Andy Irons in 2006.  Since then the contest has been Australians, Americans (i.e. Kelly Slater) and once Frenchman Jeremy Florence.  All eyes will be watching Pipeline local John John Florence to see if he can bring the title home. 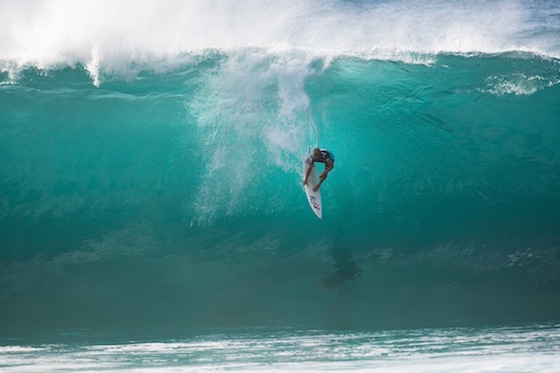 The title is going to be decided by who gets the best barrels, and who can add in the an extra trick or two… Florence is an expert at Pipe, however Slater has won the event 7 times in his career.  It’s the new school versus the expert.  Either way, be prepared to stay up late for the next few days for the live broadcast of the event at: https://www.aspworldtour.com