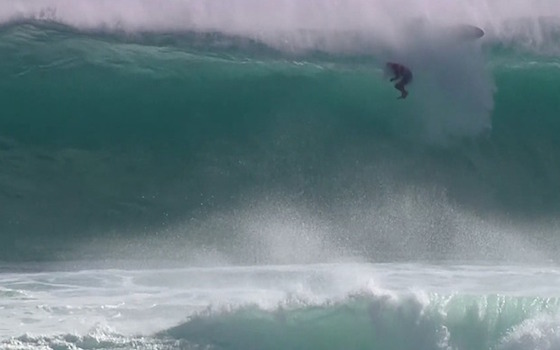 x11 world championship title holder Kelly Slater may be one of the best surfers ever, but he was little match for Margaret River’s churning waves last month during the Margaret River Pro competition. He went over the falls just like the rest of us… albeit with a relaxed attitude, so popped back up again with no problem.


Aussie surfers are renowned for having a laugh, even when having a ridiculous wipeout. Back in 2012 at Cloudbreak, Fiji it was x3 world championship title holder Mick Fanning who took a good tumble. Check out the video for a little insight into what makes the surfers take the risk… 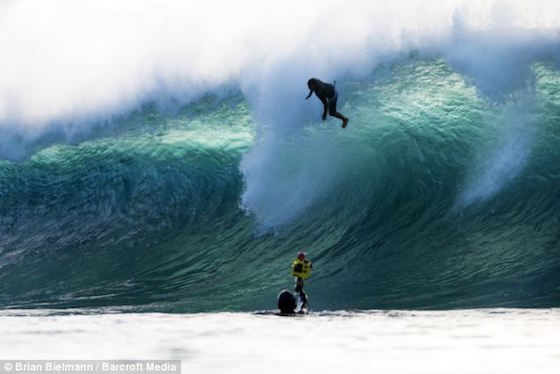 The north shore of Oahu, Hawaii, is the home of surfing, and with it comes 7 miles of perfect surf… Which also goes hand in hand with some incredible wipeouts. In this shot Stephen Koehne is being chucked into the sky whilst being photographed by Brian Bielmann. Rather him than us.


4- The Jet-ski and Teahupoo, Tahiti 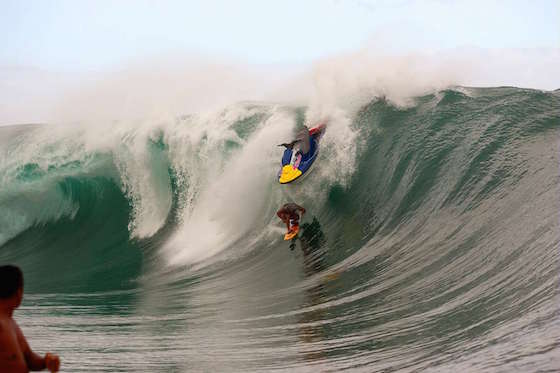 Just when you think it couldn’t get any stranger, along comes a jet-ski barrel… And no we’re not talking being barrelled whilst on a jet-ski. Tahitian pro surfer Raimana gets the strangest barrel of his life when his tow-in partner Reef has to jump off their jet-ski as it hurtles over the falls… and over Raimana’s head. Lucky to be alive is an understatement.


5- Billabong 2014 Wipeout of the Year Nominees


Not for the fainthearted, take a look at 5 of the best/worst big wave wipeouts from last year’s XXL Big Waves Awards. Featuring known massive wave hotspots such as Teahupoo, Tahiti; Mavericks, California; and Belharra, France; the boys get worked by mother nature.

This article was added by Francesca Bingley