In Europe we are blessed with amazing cultures, languages and of course waves. In the last decade the world recently discovered what the European and Portuguese surf scenes have known for a while...that Supertubos in Peniche is one of the best waves on the planet.

Wave: Supertubos
Nickname: Supers
Where: Peniche, Portugal
When: September to May
Why: Steep barreling beach break
Stats: Lefts and rights, near vertical take off, starts from 4ft+, can handle 10ft+

Left and Right.Photo by Mark Stephens.

In 2009 the World Surf League selected the area as one of the stops on the World Tour and rightly so as it is one of our most popular surfing holiday destinations in Portugal. The waves were so good during 2009's contest that WSL and headline sponsor Rip Curl decided to make Peniche a permanent spot every October on the dream tour.

So what is it that has enticed the world's best surfers to Peniche's shores? In a word: Supertubos. This heavy barreling beach break literally breaks the rules.

When the swell gets to 4ft plus Supertubos lights up and turns into thick lipped barreling wave that looks more like it should be created by a reef break out in the Indonesian islands than in the Atlantic Ocean. However, dip a toe in (if you dare) and the cooler water temperature will soon reaffirm the fact that you are truly in European waters. 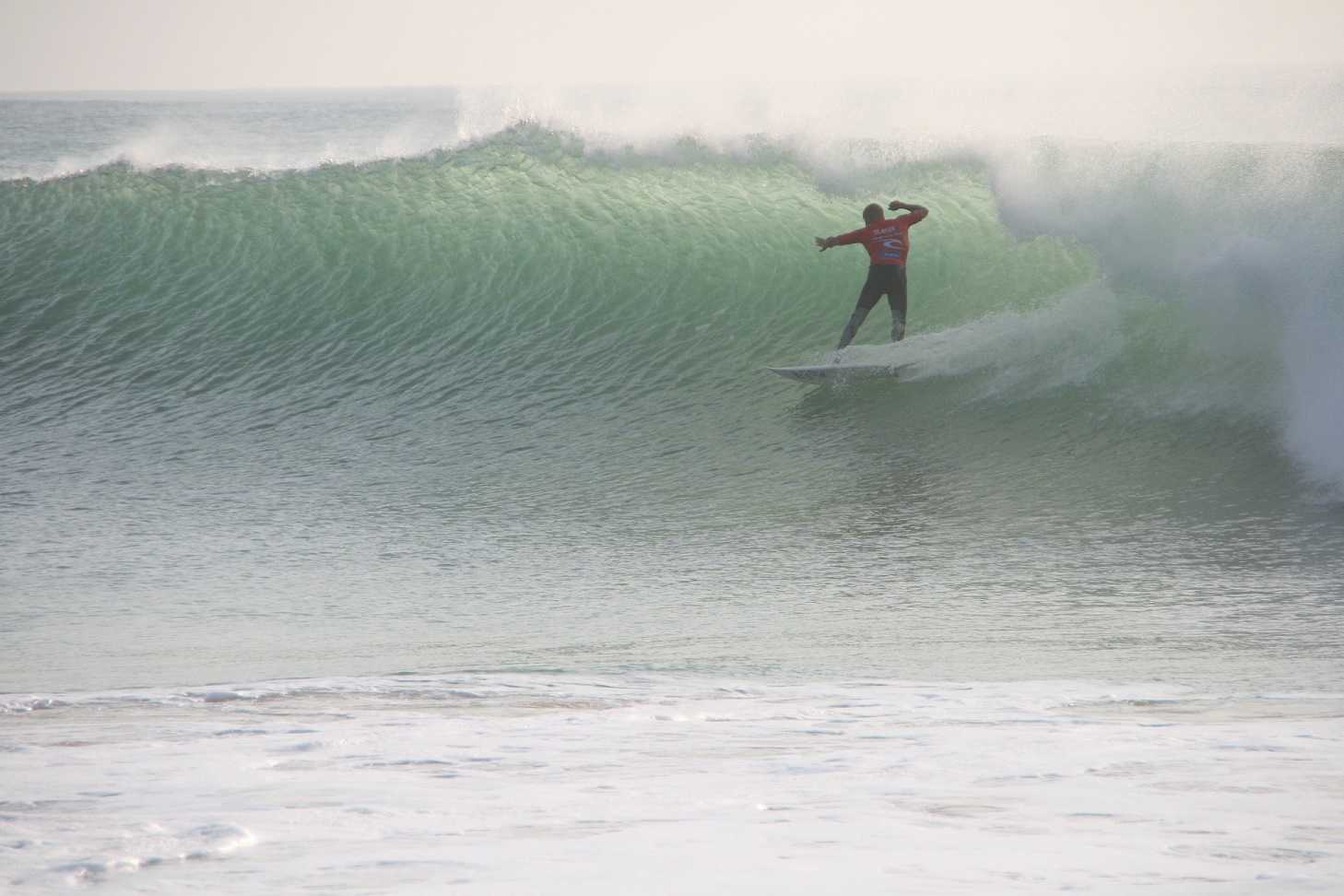 Supertubos is created when a heafty westerly swell hits the sand bar off the coast of Peniche's main beach just south of Peniche port. The sand bar forces the wave to break to the left and right, creating very steep take offs or very quick wipe outs depending on the surfer's ability!

The sheer volume of water that surges against the sand bar creates powerful tubes that will quickly close out depending on the swell direction. Surviving a Supertubos barrel is the reward for the expert surfer only.

The posters for the rip Curl Pro Peniche throughout the years

At the first event, Rip Curl's The Search contest in October 2009 the waves were pumping and gave the chance for the pros to really show off. Mick Fanning dominated and won the event, but the contest will be remembered for wild card entry Owen Wright (Aus) who ousted Kelly Slater in round 2 and went on to the semi-finals only to be forced to pull out when he ruptured his ear drum after wiping out badly in one of Supertubos' heavy waves. 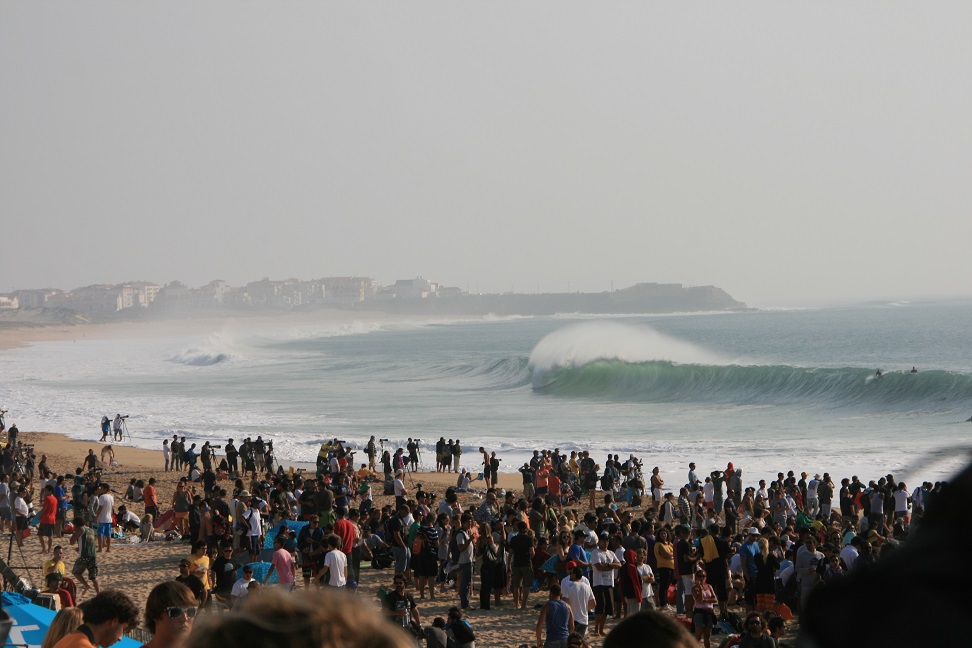 The Rip Curl Pro now takes places every October. The competition window is open for 10 days, with the event just needing 3 good days to complete. Its a great time to spend a week at a Peniche Surf Camp. Surf & Stay packages start from €300 for the week.

How to get to Supertubos

Traveling to Supertubos is simple. First you need to get to Peniche, you can fly to Lisbon and then either take the bus (1hr30mins away), hire a car or get a transfer up. You take the northern highway, A8 from Lisbon, after 45 minutes you will see the trurn of for the National road to Peniche. This road will take you to Peniche in 10 minutes. When you reach Peniche you will see come across a big round about - take the last exit which will be signposted for Supertubos.