Surfing in the 80s 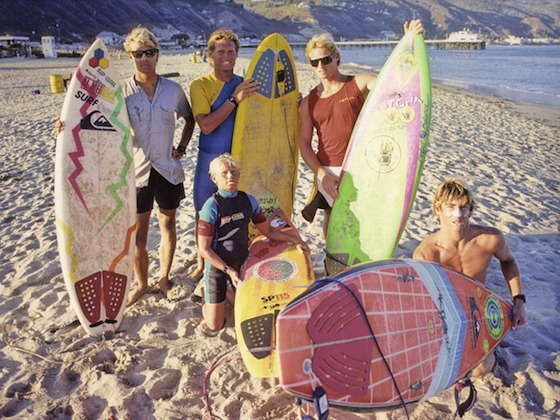 In a decade that saw the very beginnings of the internet, the fall of the Berlin Wall, the epic Live Aid concert of 85' and worldwide televisions ownership go from approximately 500million to almost a billion by the end of the decade… what can be said for surfing? When it comes to surfing in the 80s the era was all about amazing neon wetsuits and shortboard surfboards, the introduction of the ASP, and the domination of men named Tom (Tom Curren, and Tom Carroll respectively).
After the massive surge of interest in the 1970s for surfing, with the promotion of the sport by the Aussie surfers Wayne ‘Rabbit' Bartholomew and Mark ‘MR' Richards, South African Shaun Tomson,  and Hawaiian Gerry Lopez, surfing in the 1980s started to take on a life of its own.

After years of the sport being regulated by different sporting bodies, in 1983 Ian Cairns helped to form the ASP- the Association of Surfing Professionals, which still operates as the main governing body today. It was this organisation that brought together some of the best surfers around the world throughout the year and around the globe to compete, and really push the sport to higher renown. 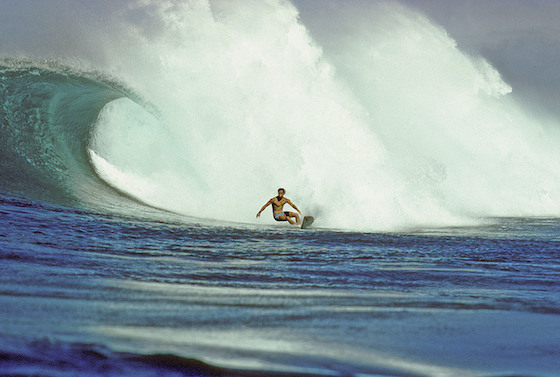 Taking a step back to the beginning of the decade, special mention should be made for the incredible achievement of surfer Mark ‘MR' Richards, who achieved an amazing 5 world championship titles, four of which ran back to back 79' to 82'.  After MR's time at the top of the rostrum, it was the turn of the two Toms. Aussie surfer Tom Carroll, made his mark winning back to back world championship titles in the 83/84' and 84/85' seasons, followed by American Tom Curren in 85/86' to 87/88'.

There must have been something untouchable about the top surfers back in the 80s, as the women's field was also dominated by a select few… Frieda Zamba from the USA, who won four world titles in the decade, as well as South African Wendy Botha with two titles during the ten years.
Possibly one of the best facts from the era for many Europeans will be that there was even a European World Champion in the form of British surfer Martin Potter… the only European to win a world title since the birth of the world tour in all its forms. 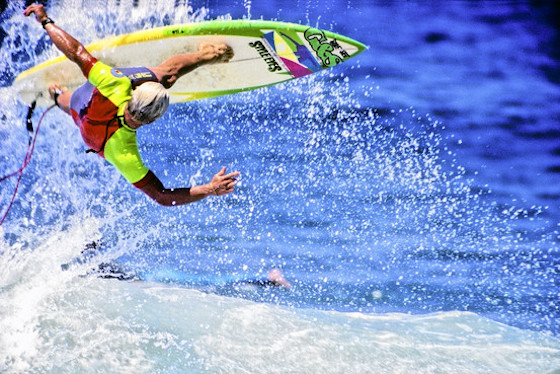 However what really stands out the surfing in the 80s was the change in shape of surfboard design. Whereas in previous decades longboards, or even single fin fish shaped surfboards were the order of the day, the 80s witness the birth of the three fin thruster.

Carving, slashing, throwing the tail all became the new aggressive style of surfing, as professional surfers took to even big waves with previously thought of small boards. Surfers where finally able to move faster, go deeper, and express the sport in fresh ways that were soon to capture the world's attention.
One of the major yet simple developments for surfers in the 80s, was the affordability of the camcorder. Whereas in previous decades surf films were reserved for the elite few who had the equipment and know how, as the availability of the handheld camcorder improved more surfers were able to create their own surf movies. The chance to film surf footage would eventually enable the way surfing was viewed to alter, and to be shared even more so amongst fellow surfers. The change inspired a host of surfers to create more homegrown surf films, and not just rely on the bigger productions that would be shown in movie theatres in surf communities. 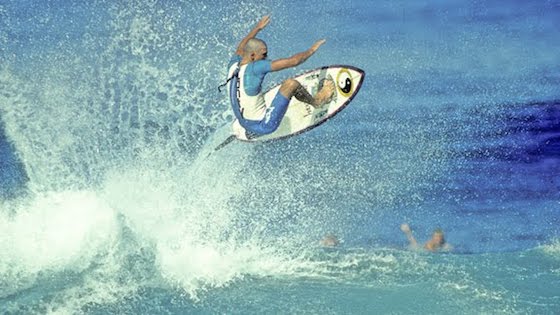 In an era where Kelly Slater had yet to grace the ASP's world tour and dominate its contests, there was a feeling of great competition and aggression that pushed the style of surfing into the fast lane. Not only were the 80s about a faster style of surfing on the thruster surfboards, it was when the globalisation of surfing and its mass appeal started to really take off with wider exposure.  Rightly or wrongly, the surfing in the 80s was the factory for just how popular and competitive it would become in the following two decades.
For a small taste of what it was like in the neon era, take a look at the Rip Curl Bells Beach video below:


Note- all photos were taken by the incredibly talented and legendary surf photographer Jeff Divine. Check out his work at: www.jeffdivinesurf.com