Surfing in the 70s 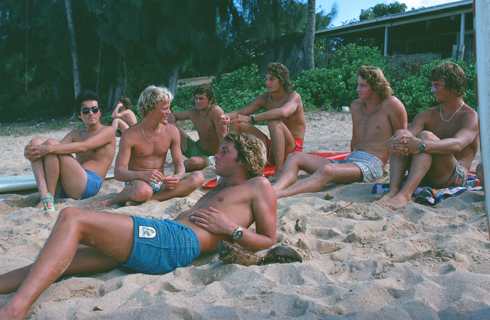 In an era that witnessed the beginning of environmentalism, the fading of the hippy movement, the introduction of disco, the birth of individualism and the Watergate scandal, there was a new generation of surfing coming to life.
Back when Kelly Slater was just a nipper, there were big changes happening in the surf world.  Along with the big hair, love of gold medallions and moustaches, the 1970s was the beginning of the professional surf industry as we know it today. Instead of the ‘free love' style of the 60s, where surfing was considered a ‘beach-bum' occupation at best, in the 70s there was a group of surfers who radically changed the world's perspective on what it meant to be a surfer. 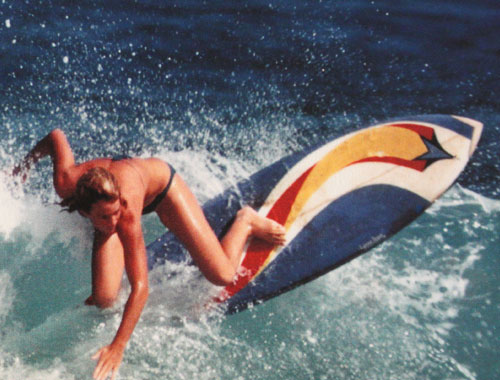 In Hawaii there would be annual surf contests inviting the best local surfers to compete for very small prize winnings, but for a lot of respect.  Very rarely would foreigners be given access to these events, and even if they were, they didn't do particularly well.  However, a group of fired-up Aussies and one bulshy South African were set to change all that, and in the process, become the new superstars of the day.
Most modern day surfers would have seen iconic pictures of Hawaiian Gerry Lopez riding Pipeline on his infamous red Lightning Bolt shortboard.  Lopez represented the height of the surf industries success, respected around the world. However, it would be the Aussies Mark ‘MR' Richards, Wayne ‘Rabbit' Bartholomew and South African Shaun Tomson who were to propel surfing to a new level.  Just as the shortboard was enabling surfers to perform new moves and go deeper into the barrel than ever seen before, the new crew were about to push surfing into a new arena. 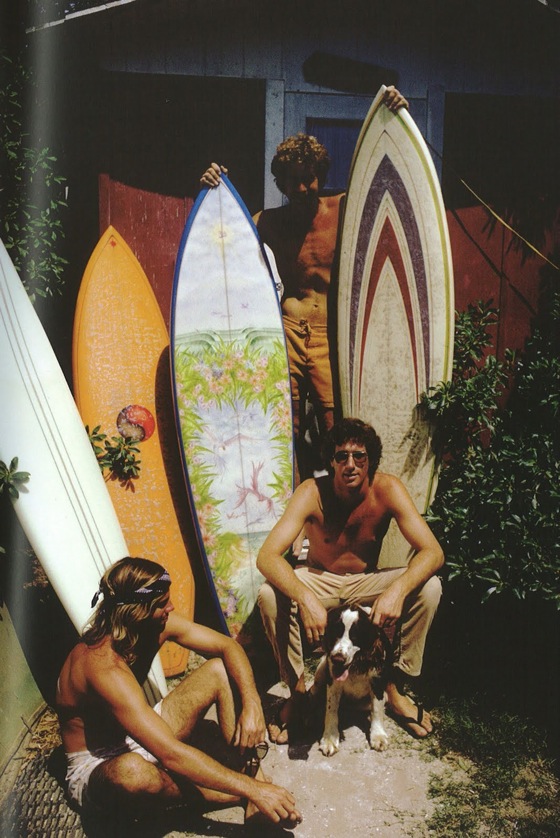 The boys entered contest after contest in Hawaii.  They would win, give speeches, interviews and even cheeky articles. They started treating surfing as a business where promotion was key.  Memorable board designs, primary coloured clothing and distinctive photographs would circulate in the latest edition of Surfer magazine.  The groms of the world took notice, and started to emulate the skater, fast paced style that the new school were developing.  Gone were the days of the longboard it seemed, but it was a massive period of growth, when surf brands such as Quiksilver, Rip Curl,  and Hurley were established.
Australia, South Africa, Southern California and of course, the North Shore of Oahu, Hawaii were the spots that cemented the new slash style of surfing.  The new school were gaining the media's attention and in the process created the building blocks for what we now know today as the Association of Surfing Professionals (ASP).  The boys literally created the job title of Professional Surfer. 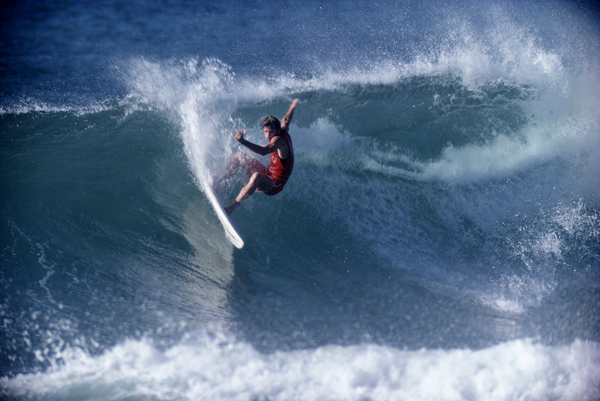 Despite all the teething problems and the anger that the new school stirred up in Hawaii, MR, Bartholomew and Tomson changed the surf scene forever.  They changed the perception of surfing into something that was profitable and that could be a professional sport for the first time in history.
Take a look at the clip below of Shaun Tomson during his time in Hawaii for a glimpse into the North Shore world of the 1970s.