5 of the Best Portugal Surf Camps

As well as being home to some of the best surf beaches in the world, the surf camps Portugal has are up there with the very best. They all vary in style, some small, some big, some luxurious, some cheap & cheerful.

We have decided to focus on the Lisbon to Peniche area and a list of our favourite Portugal Surf Camps along the Atlantic coast... 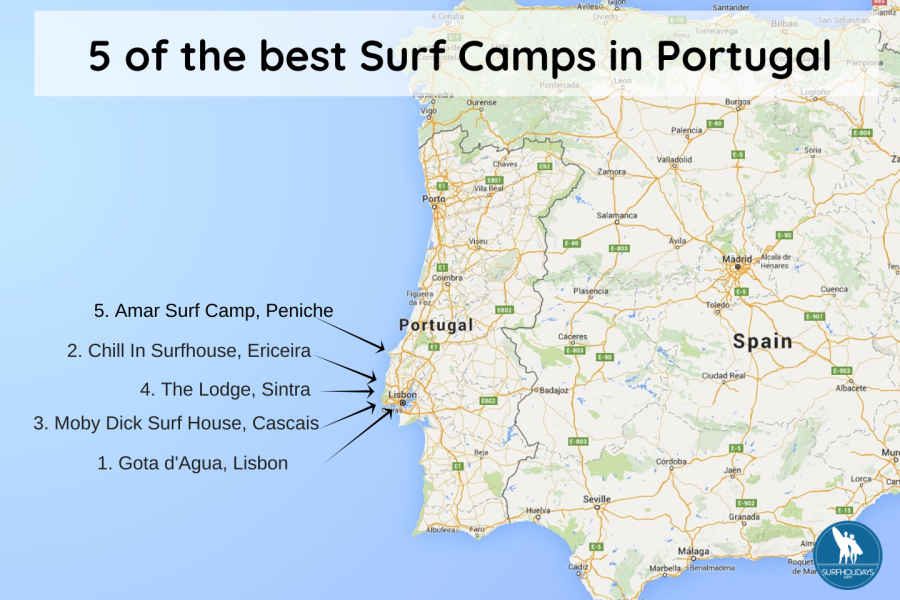 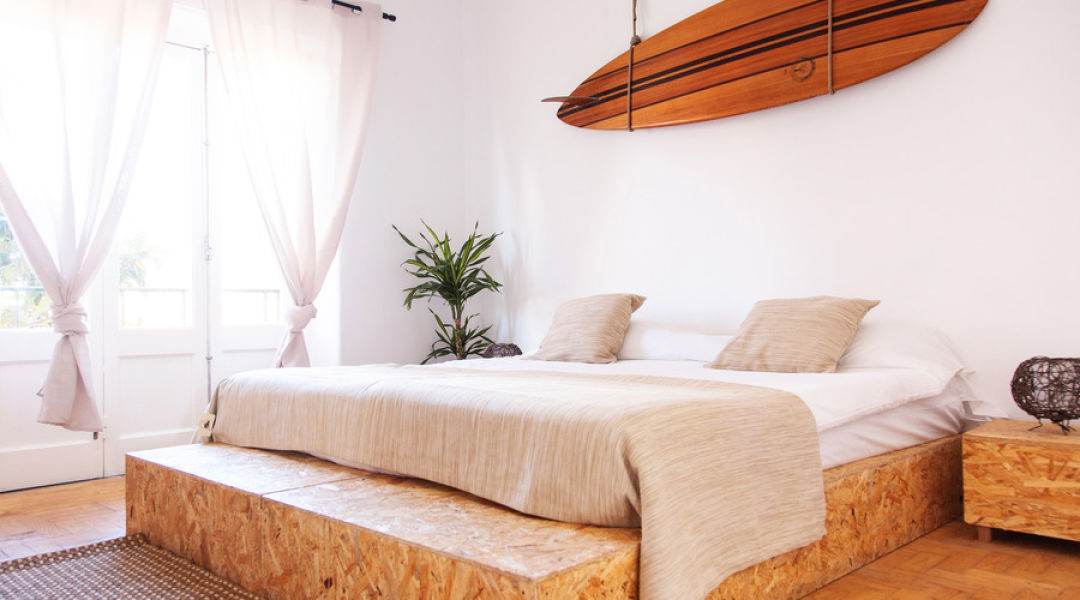 Sleeps: 25
Location: 8 miniute walk from the charming beach of Sao Joao, 15 mins drive from the centre of Lisbon.
Rooms available: 2 Surf houses side by side offering 7 private rooms and 3 shared rooms.
How to get there: Fly to Lisbon and get a bus or airport transfer across (27 minutes).
Owners: Miguel
Surf available: Lessons for anyone from Beginner to Advanced Private lessons.
Nearest Wave: 500 meteres - "Costa da Caparica"
X-Factor: Gorgous Surf Camp & Surf Villas in area of Caparica.
Deal: 4 Nights & 3 Surf Lessons from: €230. 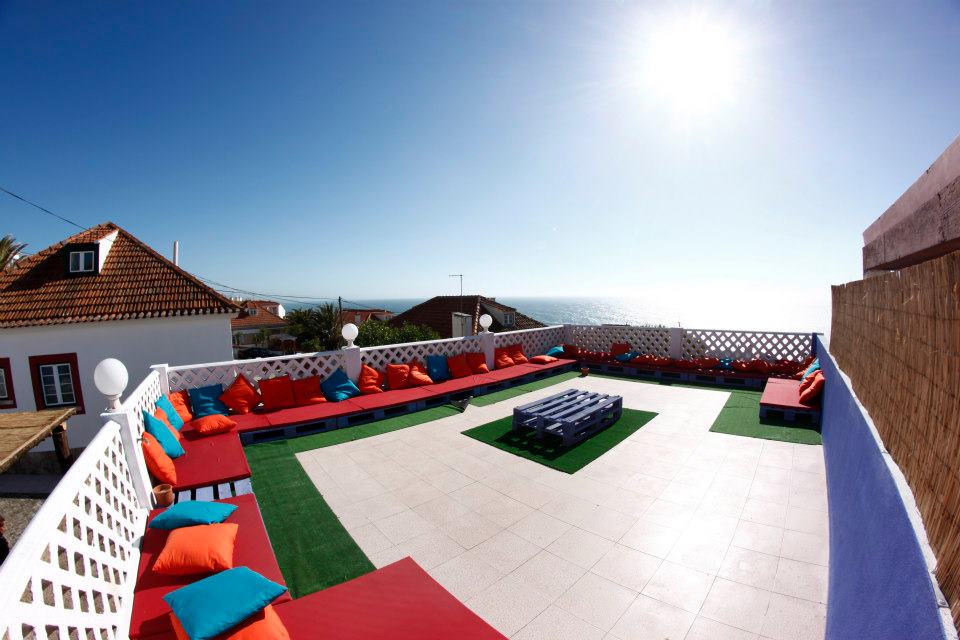 Sleeps: 30
Location: In Ericeira, 35 mins from Lisbon.
Rooms available: Private Sea View Rooms, Shared & Dorms Rooms.
How to get there: Fly to Lisbon and get a bus or airport transfer up (40 minutes).
Owners:  Run by former Portuguese female surf champion Joana Rocha and Edo Cavarretta, an Italian surfer who has made Ericeira his home.
Nearest Wave: 100 meteres - "Praia do Sul".
Surf available: Lessons for Beginners & Intermediates. Advanced & Guiding. Equipment.
X-Factor: One of the best Portugal Surf camps run by a great crew. The amazing roof top terrace overlooks Praia do Sul surf beach.
Deal: Surf & Stay One Week packages from: €392. 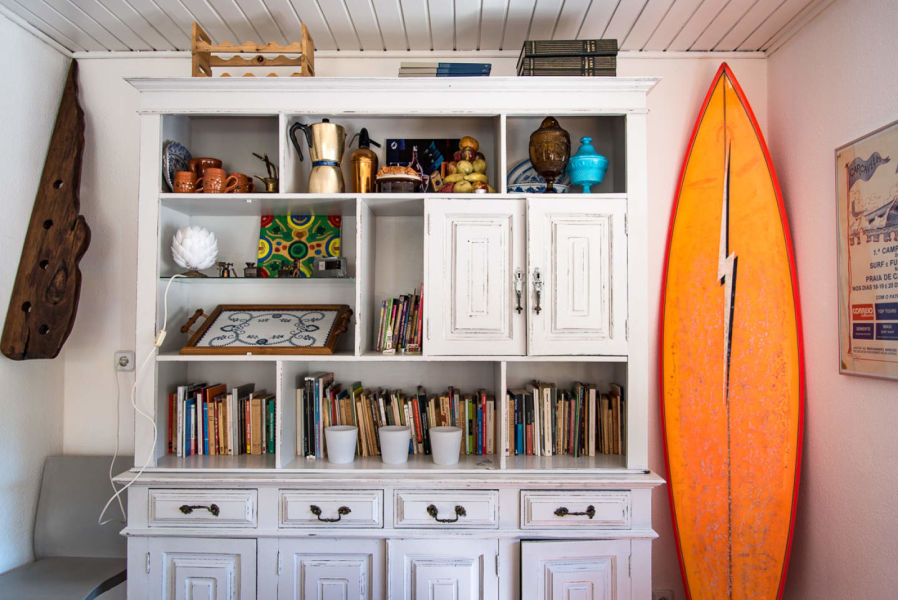 Sleeps: 30
Location: In a small village called malveira da Serra between the Sintra mountains & the Cascais beaches
Rooms available: 7 rooms - Privates & Shared
How to get there: Fly to Lisbon and get a bus or airport transfer across (25 minutes).
Owners: Former Pro Surfer Paulo and his family
Nearest Wave: 2km - Guincho
Surf available: Surf Lessons available at Guincho & Adraga Beaches
X-Factor: Complete escape - in a small town at the foot of mounatins and beaches yet 10 minutes from Cascais centre.
Deal: 3 Night Epic Surf Weekend: €260. 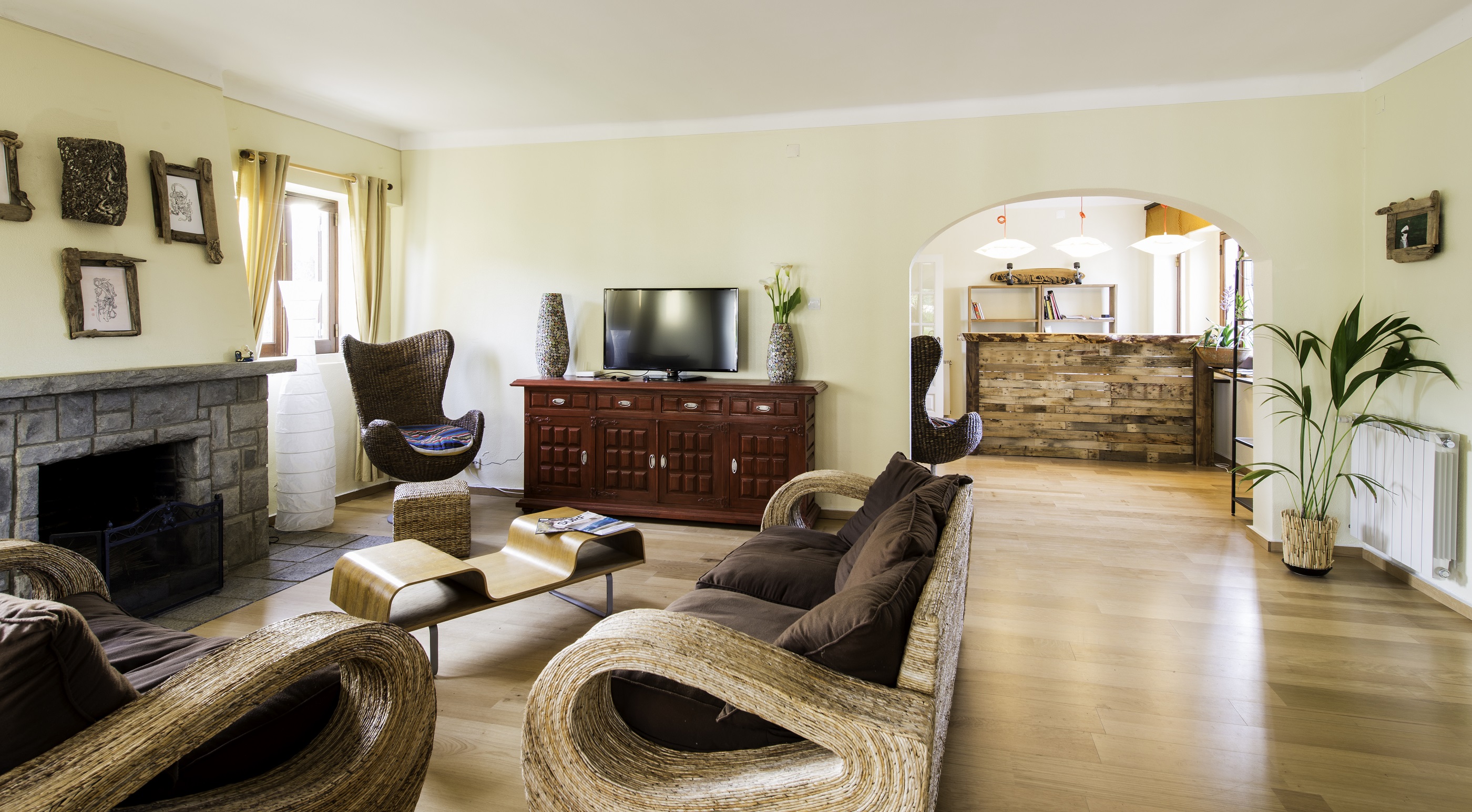 Sleeps: 20
Location: Beautiful seaside town off Praia das Macas, 10 minutes from Sintra Palace
Rooms available: Singles, Doubles, Twin & Family Rooms
How to get there: Fly to Lisbon and get a bus or airport transfer across (30 minutes)
Owner: Ralph "After travelling the world in search of waves and adventures, i finally settled down in Portugal´s most diverse region."
Nearest Wave: 500m - Praia das Macais
Surf available: Lessons for Beginners & Intermediates. Advanced & Surf Guiding also.
X-Factor: 500sqm estate by the beach with extras such as rock-climbing & MTB
Deal: Surf & Yoga One Week packages from €710. 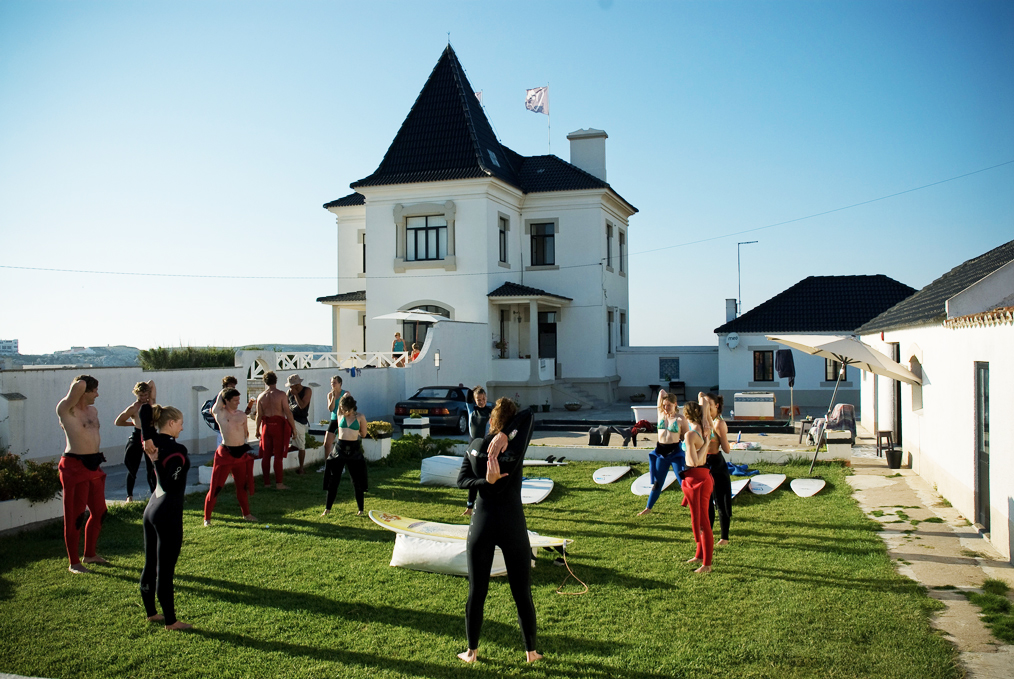 Sleeps: 20
Location: Peniche/Baleal
Rooms available: Privates & Shared with Sea View
How to get there: Fly to Lisbon and get a bus or airport transfer up (1 hour).
Owner: João & Ginjas, local surfers who set up the Surf Castle in 2007
Nearest Wave: 50m - on Lagide beach!
X-Factor: Closest place to the waves in Peniche, this Portugal surf camp overlooks Lagide & the amazing Cantinho da Baia surf beaches
Deal: Surf & Stay One Week packages from: €625