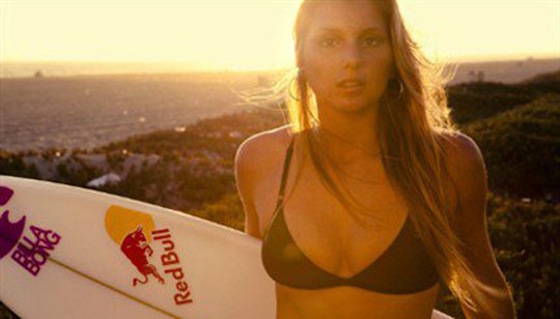 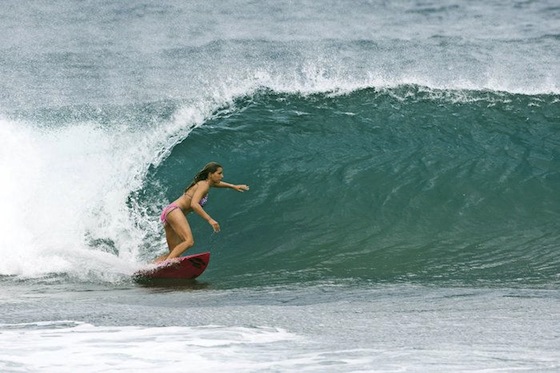 When it comes to riding big waves, there are only a handful of surfers in the world good enough and brave enough to do it... and one of those surfers is Brazilian Maya Gabeira.
Gabeira has been in the world's media over the past week from her incredibly gutsy ride of the enormous Nazare waves in Portugal. On Monday 28th October she and her Brazilian tow-in surf partner Carlos Burle braved waves as  big a buildings. 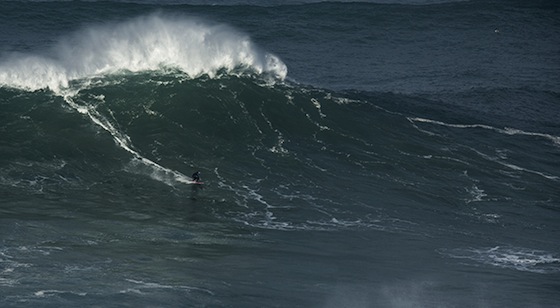 However, Gabeira had a major scare when she fell whilst riding a 70 foot wave.  The sheer power of the wave would have been enough to drown most surfers, but Gabeira somehow managed to survive the first onslaught, be towed by rope by Burle on his jet ski, only to be lost to the surf as another wave washed her from the jet ski.  It was the heroic efforts of Burle to find her barely conscious form in the surf that enabled Gabeira to be resuscitated on the beach, and rushed to hospital.
Despite Gabeira's ordeal, she has been recovering well in hospital, with only a broken shin to show for the scary event. She has been incredibly resiliant, and has sparked a lot of debate as to why people surf big waves, and whether there is a place for women in the big wave community. She's incredibly brave and is inspiring all sorts of people with her pursuit of her dream. 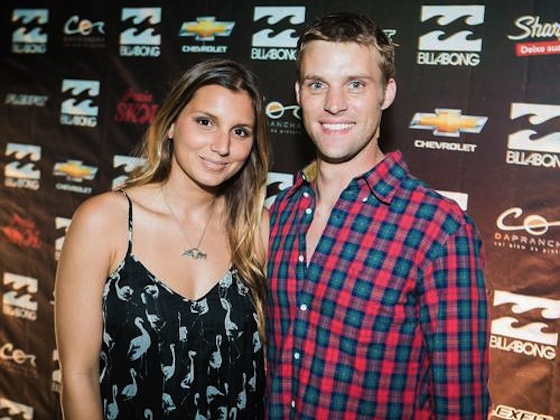 Surprisingly Gabeira only started when she was 14 years old, however she comes from a strong family who are infamous for their determination and passion, so it's little wonder that she has pursued surfing as far as she has.  Her father, Fernando Gabeira, was the founder of the Brazilian Green Party, and her mother Yame Reis, who is a costume designer. So with all Gabeira's determination she turned professional at 19 when Billabong became her sponsor.

Since then Red Bull have recognised her extreme passion for massive waves, so also started sponsoring her.  She also came on the radar for another well known name- Australian actor Jesse Spenser, of TV shows ‘House' and ‘Neighbours' fame, and have been dating for the past two years. 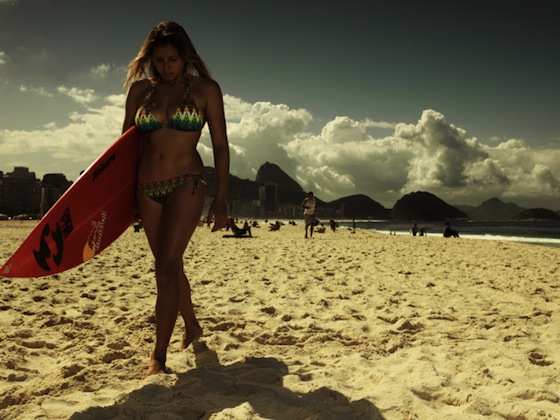 She has been incredibly successful surfer even though she is in a very niche section of the surfing world.  Big wave riding for women is something that is still controversial, and only a handful gain recognition.  Gabeira has helped the sport come to light, and has been recognised for her efforts multiple times over at the XXL Billabong Big Wave Awards, having won 5 awards to date, including 4 years in a row (2007-2010). Her valiant attempts at Nazare have already earned her nominations for the 2014 XXL awards, and no doubt it'll only be a short amount of time before she has healed up and back riding big waves.
This article was added by Francesca Bingley